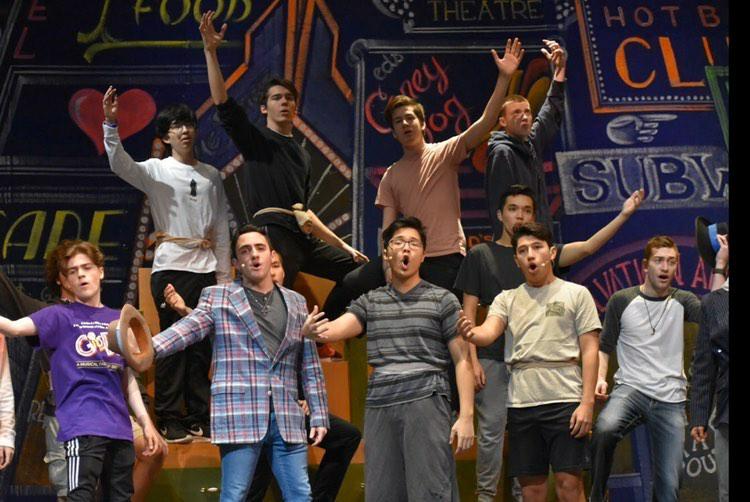 “Guys and Dolls” was written by Abe Burrows and Jo Swerling. It is based in 1940s New York in the midst of World War II. While the common portrayal of men in the era was brave, heroic and patriotic, Burrows and Swerling took the liberty of portraying their characters as the opposite: gamblers who hustle for money and are constantly on the run from the police.

The main character, played by senior Mark Doreza, is Nathan Detroit. Detroit is running from the NYPD, more specifically Lt. Nathan Brannigan, played by senior Jackson Raymond.  Detroit has one problem, besides hiding from the police, he has no place to run his craps game. He is followed by a gang of characters, such as Nicely Nicely (senior Hunter Green), Big Jule (senior Colin Jungman) and other degenerates. The musical follows Detroit as he battles it out with his past, the law and his own salvation.

This is the last major production of the year for Klein Collins Drama. Following “Guys and Dolls”, they will begin to prepare for their UIL One-Act Play, which is yet to be determined, and awards season. The most coveted of these awards is the Tommy Tune Awards. “Guys and Dolls” and its cast and crew will be judged against other musicals in the Houston area.