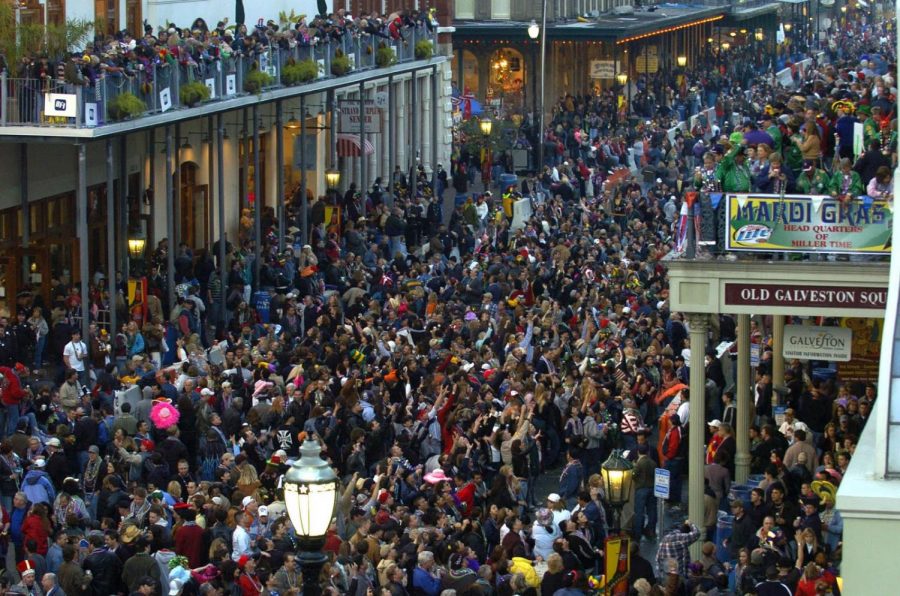 Crowds gather at The Strand during The Mardi Gras Parade on Wednesday Feb 5th.

The famous celebration of Mardi Gras dates all the way back to the 17th century in New Orleans, Louisiana. The holiday has a Catholic background. It precedes Ash Wednesday and it is followed by Lint. In the 18th century they would dance around with masks, music would be a staple and food would be shared around those who celebrated it. A parade group called the Rex Krewe, is responsible for the big parades that are present in New Orleans today and other parades all across the world.

This year would be the 109th Mardi Gras celebration that has happened in Galveston. Although the parade is not as big as New Orleans, the parade draws over 300,000 attendees and has a wide variety of activities. Louisiana dishes such as gumbo, jambalaya, crab cakes, and much more are served throughout the parade. There are over 30 concert venues, 22 parades, 20 balcony parties and 5 masked balls during the 11 day period. People come from all parts of town to dance, throw beads and overall offers excitement that everyone can enjoy.