Klein Collins' Teacher of the Year 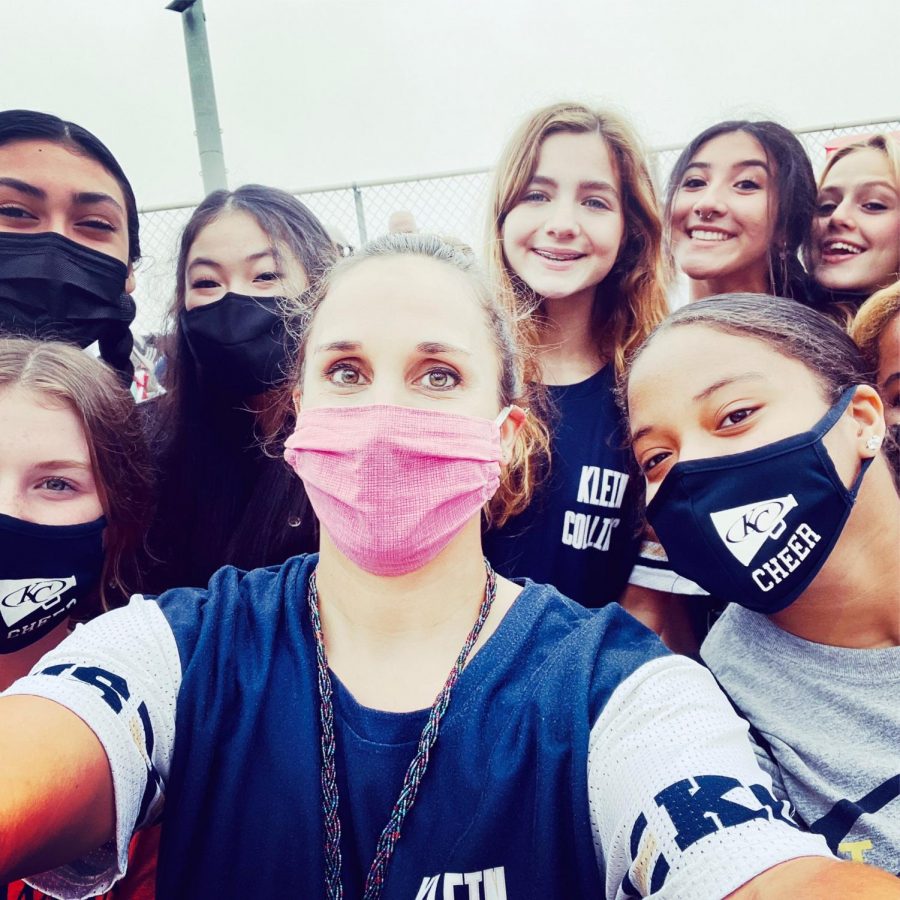 Tracey Shiflet poses with the varsity cheerleading team after practice.

Jumping from English to cheerleading, Tracey Shiflet works tirelessly at her job. Being both an English teacher and the cheerleading coach- on top of being a parent- she doesn’t get much time to herself.

Shiflet teaches English 2 but is also the head cheerleading coach. This year, she also gained the title of “Teacher of the Year” to add to that list. Every year, one teacher from each school is granted the title.

“Doing both cheer and English is a balancing act,” Shiflet said. “I rely on my assistant coaches a lot. Usually I work on things at home, or if I have a day off I catch up on my work for cheer. When I’m doing things for cheer it feels more like something I’m having fun with than working.”

Shiflet has taught for ten years, six of them being at Klein Collins.

“Shiflet has always helped me and others by pushing us to our greatest potential,” senior Myrakle Jenkins, the varsity cheer captain, said. “Her upbeat personality will always leave a lasting impression on our team.”

Shiflet has been coaching cheer for the last four years, starting as the assistant coach. She became the head coach after the previous coach left.

“I have watched Shiflet grow a great deal over the last six years, but that is just who she is,” English teacher Annette Chuckran said. “I think what I have enjoyed most is watching her confidence flourish. When I first met her, she sometimes doubted herself and her abilities, but now she does not let any obstacle get in her way.”

Shiflet shares a room with Annette Chuckran. Both are English 2 teachers, but Shiflet specializes in special education.

“I’ve wanted to teach since I was like five,” Shiflet said. “Cheer just kind of happened. I knew I wanted to be more involved with the school and there was an opening. I just felt like it was the right place for me.”

Having six different certifications, Shiflet could do a variety of things involving education in the future.

“From the get-go I saw the passion she had for her students,” Chuckran said. “Shiflet is the kind of teacher that sees each child as an individual, and then tries to reach them in whatever way she can to make them successful. She has helped me grow too. I love that she encouraged me to try innovative new ideas, and she was always open to mine.”

Chuckran and Shiflet have shared a classroom for the past six years. They “bonded immediately” and often meet outside of school.

“From exploring new methods for team bonding to giving constructive criticism, her coaching has aided our development as young women and leaders of Klein Collins,” Jenkins said. “We are so lucky to have her as a teacher and mentor”.