A Jazz Musician in the Making 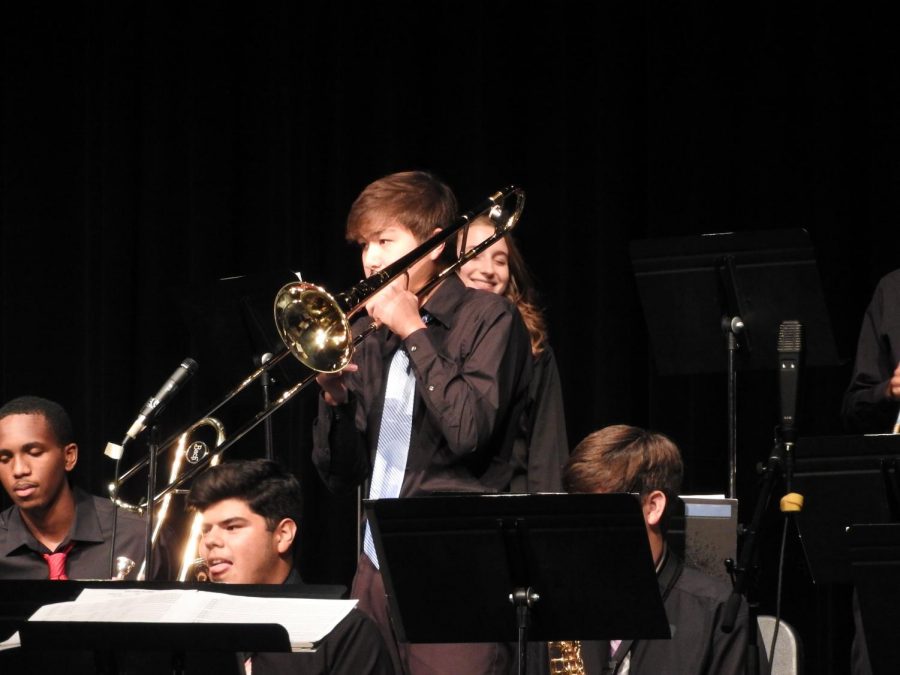 He manages to practice his audition material while balancing school work and college applications. He had three periods of band at the time, and now has four band classes in preparation for college auditions. For the second year in a row, senior Samson Broten made The Texas Music Educators Association (TMEA) All-State Ensemble. This TMEA season, Broten made first chair in the state. He is the first student in Klein Collins and all of Klein ISD history to make this achievement.

“Since meeting Sam, I have seen him grow in ways I never thought I could see in a high school musician,” junior Ricardo Perez said. “From playing almost every instrument in the band setting to making All-State twice, Sam has just grown in the best way possible. As a person, he keeps to himself but can be a great friend and mentor. He is a great person to talk to and perform music with.”

Broten said he plans on pursuing music as a career and has many choices of schools in which he wants to study jazz performance.

“One school I am considering is the University of North Texas,” Broten said. “They are one of the premier schools for jazz in the country. One of the jazz ensembles at the University is the Grammy award-winning, one o’clock lab band. Hearing them play and seeing how good they were was a big factor in my decision to audition at the school. In addition to this UNT just has a reputation of pushing out great musicians which is evident by their long list of notable alumni.”

Besides the trombone, Broten plays multiple instruments. He first played the euphonium during middle school, and started playing trombone his freshman year for jazz band.

“For having known Sam for only two months it has been exciting to see how versatile he is as a musician,” jazz band director Kristina Lamarca said. “He is a very successful jazz trombonist and equally as a talented euphonium player. He has helped the pit, the jazz band and the marching band this fall as a soloist and it has been a blast to be around him through the whole process.”

According to Lamarca, he is on the road to success in his music career.

“It’s been really fun to work with Sam,” Lamarca said. “The leadership he brings to the band is amazing and as an individual, it is really cool to see him experimenting with artistry and really coming into his own sound.”

Broten will travel to San Antonio with an all-paid trip by Klein ISD Feb. 13 through Feb. 16 to perform at and attend the TMEA convention.