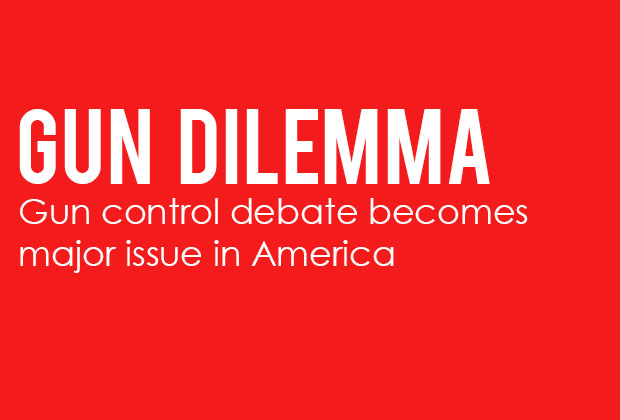 “Whether it’s an elementary school in Newtown, or a shopping mall in Oregon, or a temple in Wisconsin, or a movie theater in Aurora or a street corner in Chicago, we will have to come together and take meaningful action against tragedies like this.”

These were the words of President Barack Obama as he gave a press conference following the homicide at Sandy Hook Elementary School in Newtown, Conn. in which 20 children and six adults were gunned down by an assailant who ended up taking his own life. It is the fourth time during Obama’s presidency that a mass murder due to gun violence has occurred. Obama has stated that gun regulation will be one of his goals during his second term in office.

In addition to the four mass murders stated by the President, many more acts of gun violence have taken place in the country, specifically just outside of Houston at Lone Star College-North Harris, where two people were shot by a gunman. The city of Chicago continues its downward trend of murders, as seven people were gunned down and stabbed in one day on the Jan. 26.

Obama has made many recommendations in an attempt to limit gun violence, mainly that background checks be required in all gun sales, restoring a ten-round limit on ammunition magazines and reinstating the assault weapons ban set in 1994 that expired in 2004. However, Obama’s plan is a polarizing topic in the government. Though his proposals on how to regulate guns have been viewed favorably by 76 percent of Democrats, they have been viewed unfavorably by 72 percent of Republicans.

In the wake of these tragedies and concerns about Obama’s propositions, gun sales have risen across the nation. Media is also said to contribute to gun sales, as video games such as the Call of Duty franchise and various movies that feature gun fights seemingly glorify the use of firearms as weapons of mass murder. As the debate on guns hits an all time high, a solution to the issue does not seem imminent.