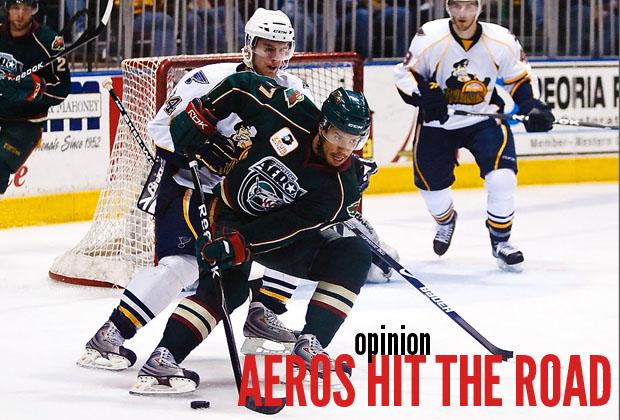 The unanimous consensus that “Hockey is not important in Houston” has always irritated me because the game has brought me countless experiences throughout my life. I have always been a rink rat. I remember watching my older brother wobble back and forth when he first started roller hockey, the first time I saw him get checked in ice hockey. I remember celebrating birthdays at Houston Aeros’ hockey games at the Toyota Center. I remember being too young to not know any better than to be scared of Chilly. In more recent years though, my brother learned to skate, I learned that when he gets hit he will get back up, I am not afraid of Chilly and the Houston Aeros are, sadly, a thing of the past. The lack of media coverage resulted in a poor connection between the team and casual fan. The team will be packing up soon for their move to Des Moines, Iowa where they will become the Iowa Wild.

I thought Houstonians could not kick down the sport and local fans much more, but the announcement that the team had no choice other than to relocate only made the constant blows even more powerful. It is true that the team could not sell out the arena on every night of a game, but according to the American Hockey League, the Aeros attracted 258,122 spectators this season, an average of 6,793 per game. And let me ask, how about them Astros?

After a 10-year run at the arena, fans have grown comfortable watching the four-sided screen for familiar faces while sporting their Aeros t-shirts, declaring that Houston truly does have a hockey team. I hate to play devil’s advocate here, but Houston is not just losing a team, it is losing a cornerstone of the local hockey community, a family. The local U.S.A. Interscholastic Hockey League banquet was held recently, a topic of discussion being the need for passionate players and fans to keep the spirit alive because it is true that Houston hockey’s backbone is now unsteady. Student athletes who normally would attend an Aeros game to observe and learn from players will now have to consider making the drive to Dallas to watch any sort of advanced hockey. Aspiring hockey players have lost their local mentoring team and keeping up with statistics online will never fill the void.

No longer can I buy hockey game tickets as gifts. No longer will I be wondering if that was Chase Wilkinson who was playing Chilly when the fox (or coyote) mascot fell. On that note, no longer will it matter if I am unclear as to whether Chilly is a fox or coyote. It is a sad reality for Houston hockey fans, a beloved sports team forced to hit the road. All I have left to say is keep those chins up, perhaps the team left the door open for a National Hockey League team to enter the arena? After-all, a girl can dream, can she not?