Living Behind Screens: Age of Updates 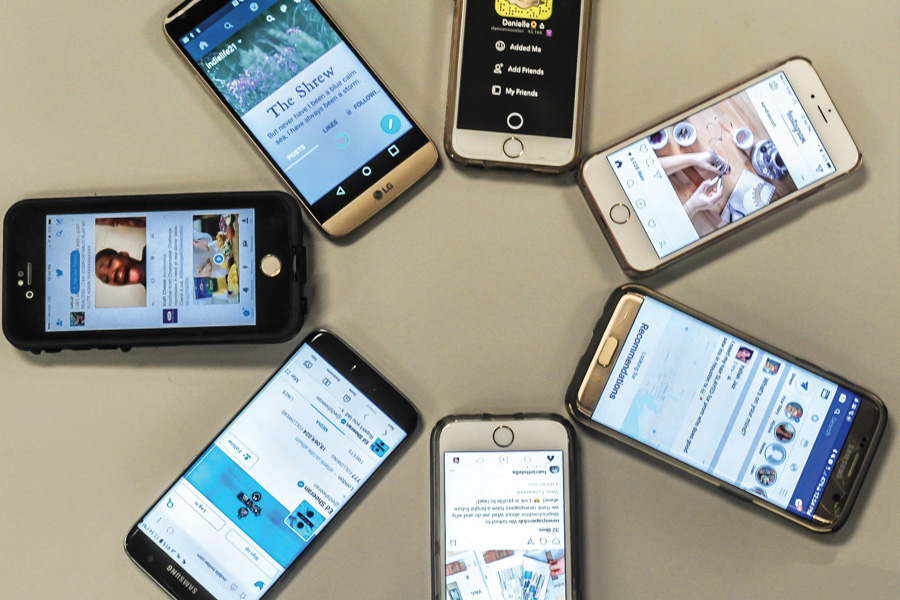 Over 75 percent of the population who has been on the internet has been on social media or is associated with it, according to MakeUseOf.com.

Just one scroll at a time, social media has been destroying the meaningfulness of communication between people, preventing them from completing work and killing creativity among them. Social media has negatively impacted people, and it needs to stop.
Social media gives people a false sense of connection; they try to have more friends by following each other just to follow, and people think they know each other’s lives from what they post. But these people are not really friends. Because of this, people feel more lonely. It is true that social media can help people connect with others all over the world, but social media expert professor at Cornell University Steven Strogatz has shown that people have a harder time distinguishing between a meaningful relationship and a casual one. People are replacing real-life friends with online friends. With this damaging social interaction, people have a harder time connecting with others in real life, do not pick up on social cues and are unable to carry conversations in real life. There are more constructive ways to socialize such as hanging out with friends and pursuing more face-to-face interaction. There are plenty of social opportunities to be had if people just looked up from their phones.
Studies have shown that social media kills productivity. It hinders people’s ability to get things done, and it stunts their creativity. Many people feel compelled to check their phones every few hours, preventing them from getting work done efficiently. Social media has been shown to be highly addictive. A 2015 study done by assistant professor of psychology Julia Hormes at University of Albany showed that social media activates a part of your brain that is associated with drug addiction. Rather than completing that online math assignment due at midnight, many students would rather scroll through Instagram and keep up Snapchat streaks. Of course it is okay to take a break from work occasionally and check social media, but being on social media for too long can lead to procrastination. Students also turn to social media and the internet to search for answers. Rather than reading the whole book for English class, students just use SparkNotes and Schmoop instead of mentally enriching themselves. Therefore, when the student is asked to add their input on the book, they lean on ideas that have been on those sites, using other people’s recycled ideas rather than making their own analyses.
Social media negatively affects people’s day-to-day lives. By intentionally turning social media off for even just a couple of hours, people could grow better relationships, think and do more creative things.