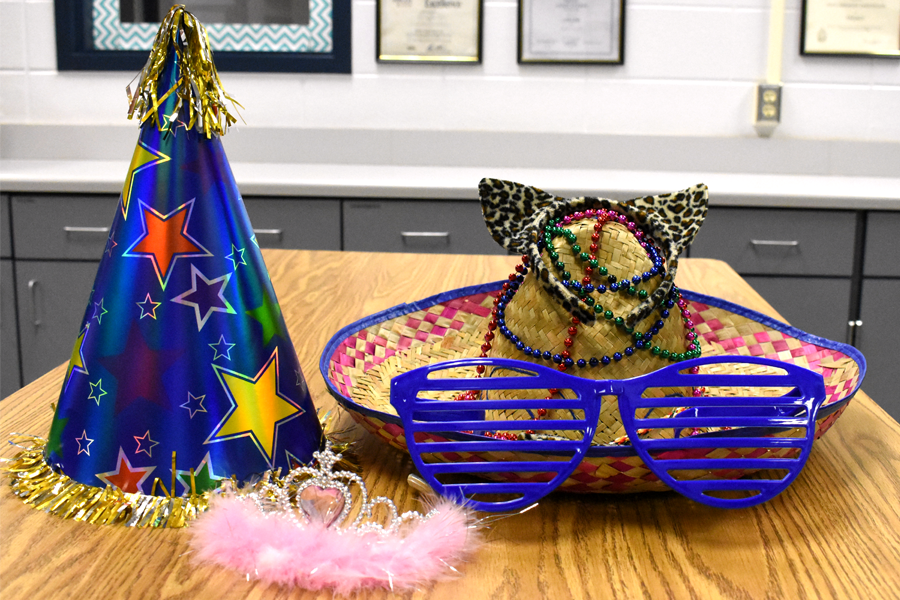 Each and every year, Halloween rolls around, and each and every year, high school students all over the country are conflicted on what they should dress as to attend a party, to hand out candy, or for some of us, to go trick-or-treating. Not all of us nowadays are able to keep up with the latest trends and styles of 2017, and if this is you, below is a list of ten of the trendiest, most popular Halloween costumes of the year for both guys and girls.
Guys

Donald Trump Since his official election in Jan. of 2017, Donald Trump has been, debatably, the most talked about person of the year. To dress like our newest United States President, you’ll need a suit (preferably black or navy), a fairly nice-looking blue or red tie to look extra patriotic, and an almost bleach-blond/sandy white wig.
Spider Man In May of 2016, “Captain America: Civil War” reached theaters, and along with the new movie came Spider Man’s new look. Tom Holland sported his new costume once again in “Spider-Man: Homecoming,” this time exposing the gliders underneath his arms. If you plan on dressing like the newest Spider-Man, be sure to get a costume with the underarm gliders.
Pennywise from “It” The movie “It,” based off of an award-winning novel by author Stephen King, was released on Sept. 8, 2017. Since the release date, Pennywise, the clown, has been frequently spotted in memes or postings on several different social media sites. To dress like the most popular clown of the year, you’ll need a very bright red wig, a whole lot of white face paint and some fairly large fake teeth.
Snapchat Hot Dog Meme In an article written in July of this year, USA Today described the hot dog meme as “Snapchat’s hottest filter.” Though the dancing frankfurter is, at least for the time being, no longer a part of Snapchat, it deeply pleased many Snapchat users, and dressing like this extremely popular hot dog for Halloween is sure to get a laugh. All you’ll need is a hot dog costume, a pair of green headphones and some really nice dance moves.
Jughead from “Riverdale” “Riverdale,” a television series based on characters by Archie Comics, was released this year on The CW Network. Cole Sprouse (otherwise known as one of “The Suite Life of Zack and Cody” twins) plays a main character in the series, Jughead. From his beanie to his witty nature, fans seem to love this weirdly-named series character. To dress like Jughead Jones, you’ll need a beanie, a lot of black clothing and an attitude to match.

Eleven from “Stranger Things” On August 31, 2016, Netflix announced the renewal of “Stranger Things” for a second season of nine episodes to be released in 2017. Eleven, one of the main characters of the entire season, is often wearing a hospital patient gown or a pretty pink dress paired with a fake-blonde wig.
Wonder Woman “Wonder Woman” came to theaters on June 2, 2017 and completely crushed it in the box office. To dress as an empowered female superhero like Israeli actress Gal Gadot, you’ll need a lot of red, blue and gold.
Belle from “Beauty and the Beast”The live action production of “Beauty and the Beast” swept the nation in March of 2017. Disney fans have always loved Belle’s luscious locks and her golden dress, and this love continued with Emma Watson as real-life Belle. To look like Belle, you’ll need a golden-yellow dress and a hair curler.
Daenerys Targaryen from “Game of Thrones” Daenerys Targaryen, also known as Khaleesi, is the mother of dragons, the woman who walked away from fire untouched and possibly the soon-to-be ruler of the Seven Kingdoms. To dress like this powerful woman, you’ll need a beach blonde wig and definitely a strong persona.
Kylie Jenner This specific Jenner is very popular in the public eye with her various clothes lines, makeup lines and very large lips. With the proper clothing style and face of makeup, people all around will surely be able to tell that you are dressing as this very well-known Jenner.