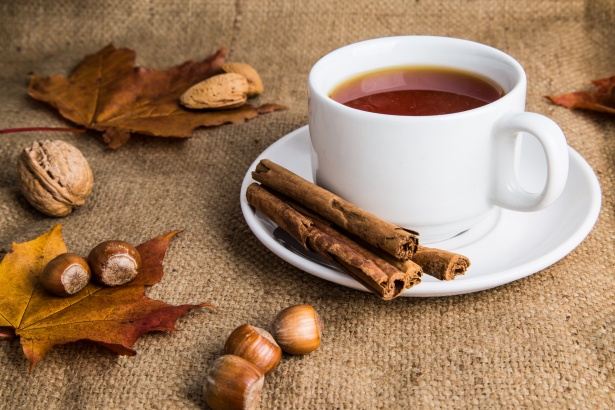 The pumpkin spice trend dominated the social media scene for many years, but now, flavors like chai, cranberry and ginger are slowly rising to fame.

The best way to enjoy the fall season is through one’s taste buds. The pumpkin spice trend, inescapable and obnoxious, continues to bombard social media pages, coffee shop menus and store shelves while the unsung heroes of the season go unnoticed. Looking for new flavors to spice up your palate without the pumpkin spice? Look no further.

Originating from India, chai is a popular alternative to a plain ol’ cup of coffee in many local coffee shops and Starbucks locations alike. Black tea, heavy milk and various spices harmonize to create the flavorful goodness known as chai. A versatile ingredient, chai can be used to make something as simple as a latte to something as tedious (but worth it) as chai spiced scones. While pumpkin spice has its five seconds (or maybe five years) of fame, chai will remain the underdog of the coffee shop until, one day, one of those pumpkin spice-obsessed patrons realizes how overrated their drinks truly are.

The cranberry may possibly be one of the most misunderstood fruits in the kitchen. Mostly known for its sauce around Thanksgiving and its cartons of juice around the store that nobody actually buys, the cranberry actually has the potential to bring a certain degree of depth to dishes many have not yet experienced. The most notable thing about cranberries is their tart flavor. When added to pastries and baked goods, cranberries can add a unique punch of flavor that provides a pleasant tang to a sweet treat. For the more open-minded readers, try sprinkling dried cranberries on a strawberry salad. The contrast between the bitterness of spinach against the tartness of the cranberries creates a new, eye-opening flavor that more people should try.

While common in Asia, the ginger root may be considered an unusual ingredient in American kitchens. The sweet heat of ginger, however, is an ideal flavor for this season because it encompasses the feeling of fall: warmth. Making its presence known during the holiday season through desserts like gingerbread, ginger can also be incorporated into other baked goods like spiced muffins and zucchini loaf bread. Ginger also has lots of health benefits, such as relieving nausea and soreness.

Quite possibly the most underrated drink of the holiday season, apple cider and its satisfyingly tart flavor has many versatile uses in the kitchen. Apple cider is the perfect fall ingredient because it is easily accessible and can be used to create sweet or savory dishes. Store bought or homemade, the seasonal drink can amount to crowd-pleasing dishes like apple cider fritters or apple cider pulled pork. At the end of a chilly day, a steaming mug of apple cider can make cold weather feel like no big deal.

While cookie butter does not typically scream ‘fall,’ it can be spread on many popular foods of the season. The subtle sweetness and smooth, creamy texture of a good cookie butter (like Biscoff) paired with a moist slice of pumpkin loaf bread or a cinnamon muffin could create, quite possibly, the most diverse flavors to be tasted by a foodie. This delectable spread can also be eaten by itself on a cold, wet day: the superior alternative to eating Nutella when seasonal affective disorder (SAD) kicks in. For anyone daring enough to abandon their bland jars of peanut butter and chocolate hazelnut spread, cookie butter is what dreams are made of.