What Kanye West Revealed With My Beautiful Dark Twisted Fantasy 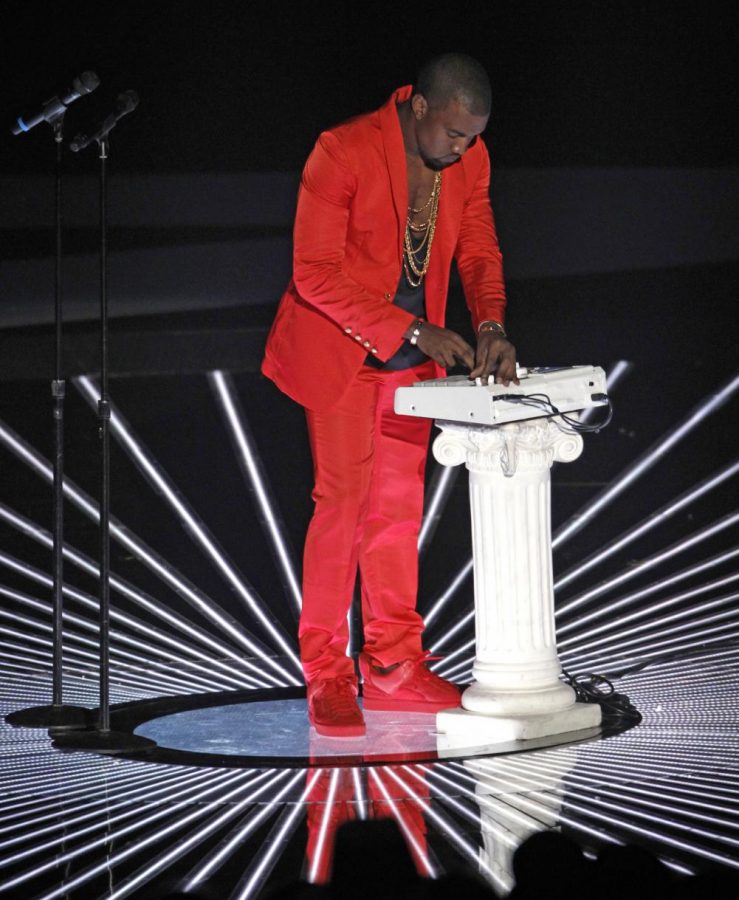 Kanye West performing the song Runaway at the 2010 MTV Video Music Awards on September 12 2010 at The Nokia Theatre in Los Angeles, California.

Kanye West has proven himself to be one of the most important and influential cultural figures in the 21st century. West’s ability to stay consistent and relevant with musical trends while simultaneously shifting the paradigm for other rappers and artists makes him an artist that stands in a league of his own.

Whether West is doing an outlandish business venture or running for president, My Beautiful Dark Twisted Fantasy is the album where Kanye West revealed his true identity.

Released on November 22, 2010, My Beautiful Dark Twisted Fantasy came at the perfect time for West. West infamously interrupted Taylor Swifts’ speech at the 2009 M.T.V. Video Music Awards for getting the award of “Best Female Video” instead of Beyoncé.

The effect this had on West was rippling. Everybody thought Kanye West’s career was over. West never doubted himself, and no one knew that he would come out with an album that would change the way people viewed modern music.

My Beautiful Dark Twisted Fantasy isn’t any ordinary hip hop album. It’s an apology album. An apology to all the people who dismissed West as crazy, but also a slap in the face to anyone who thought he was crazy in the first place.

West recorded the album in isolation at Avex Studio in Honolulu, Hawaii. According to Pusha T who is featured on this album, the recording sessions were extremely focused. “Once we hit the studio, it was just all focus on the music… There were rules; no tweeting, no emailing, no blog watching, no stupid questions”. It was obvious that West was destined to release something monumental.

What makes My Beautiful Dark Twisted Fantasy so special is how genuine it is. It combines the soul of Late Registration and College Dropout but also has the unrestricted emotional gleam of Graduation and 808’s And Heartbreak.

The album opens up with Dark Fantasy which immediately grabs the listeners attention with Nicki Minaj’s intro about how mystic and dark being famous really is. West raps about how he had dreams of being famous, but when famous he realized how handicapped he felt. All Of The Lights is an amazing breakbeat influenced pop hit featuring Rihanna which has West expressing how chaotic the “rockstar” lifestyle is with using lights as a metaphor. Other highlights include Devil In A New Dress which has a fantastic verse from Rick Ross over a baroque pop sample. Lost In The World which comes with an excellent art pop aesthetic with a great hook and intro feature from Bon Iver.

But the main standout song on My Beautiful Dark Twisted Fantasy is Runaway featuring Pusha T. The song is 9 minutes and 8 seconds but West makes it up with arguably his most touching and sentimental song in his whole discography by placing the emphasis on his ego in the form of an apology. Pusha T’s verse is filled with emotional lyrics about female troubles, not to mention the memorable 15 notes in high E to start out the song. The song has been acclaimed by fans, critics, and other musicians have cited Runaway as West’s turning point in his career.

My Beautiful Dark Twisted Fantasy revealed that Kanye West is more than what people thought he was at the time. This album proved that West was on the brink of ascension and that he never went away. West would later release groundbreaking and acclaimed albums such as Yeezus and The Life Of Pablo which saw West experimenting with other sounds such as gospel, electro-industrial, and deconstructed club. Despite these other albums evolving to other sounds. My Beautiful Dark Twisted Fantasy remains in a league of its own. Its consistency from front to back, the emotional lyrics, the glistening production, and memorable features makes it arguably the best album West has ever released.