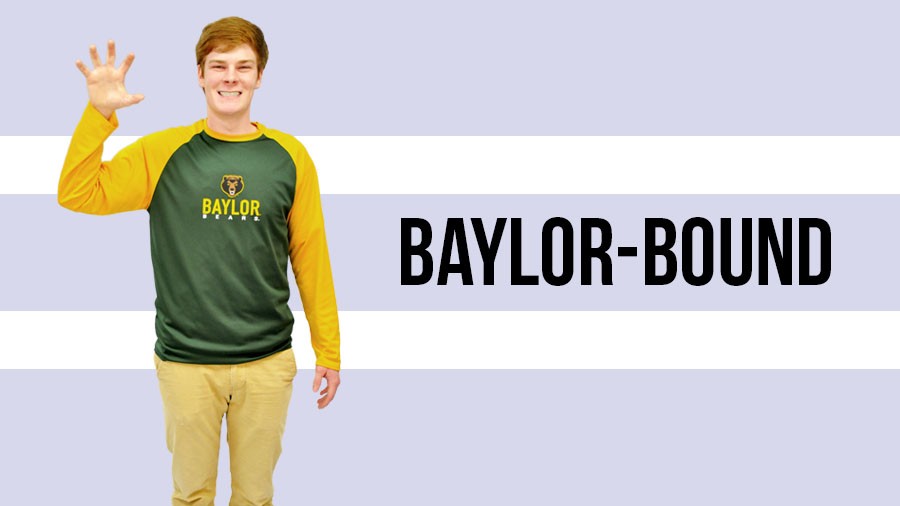 Senior Keegan Kelly worked hard throughout the year to get into the university of his choice.

First five minutes of class: he’s back on the webpage. Refresh. No luck yet.

Ten more minutes: Refresh. Nothing. It seems like he’ll never hear back. Was there something wrong with his application? Or maybe it was the essays?

Five minutes till class ends, and still no changes in his application process. The words ‘in review’ seem to be suffocating him. Refresh.

Ever since he can remember, senior Keegan Kelly planned to attend Baylor University after college. The university always seemed like a perfect fit, according to Kelly. As the years of high school passed, though, Kelly’s mind began to wander and he began to wonder what he wanted.

“When I was a little kid, there was no question that Baylor was the school that I wanted to go to,” he said. “My whole mom’s side of the family went and it just seemed that it would make sense if I did too. As the day got closer and closer to make decisions on where I wanted to go, it changed and I felt like I wanted to go and see what else was out there.”

Senior Lena Nguyen supports his decisions, and believes he would succeed at any university he chooses.

“I believe that he’ll go far in life regardless of whatever it is he decides to pursue,” she said. “He is a funny, helpful and hardworking guy.”

Kelly remains optimistic about the future. He will never forget the moment. The moment when he refreshed the application portal and the word “Congratulations…” appeared on the screen. The moment everything began to fall into place.

“I made the decision after some thought and prayer and just felt like this is the school that God wanted me to go to,” he said. “I just love the campus and the environment of it all and I’m most looking forward to meeting new people and making new connections.”