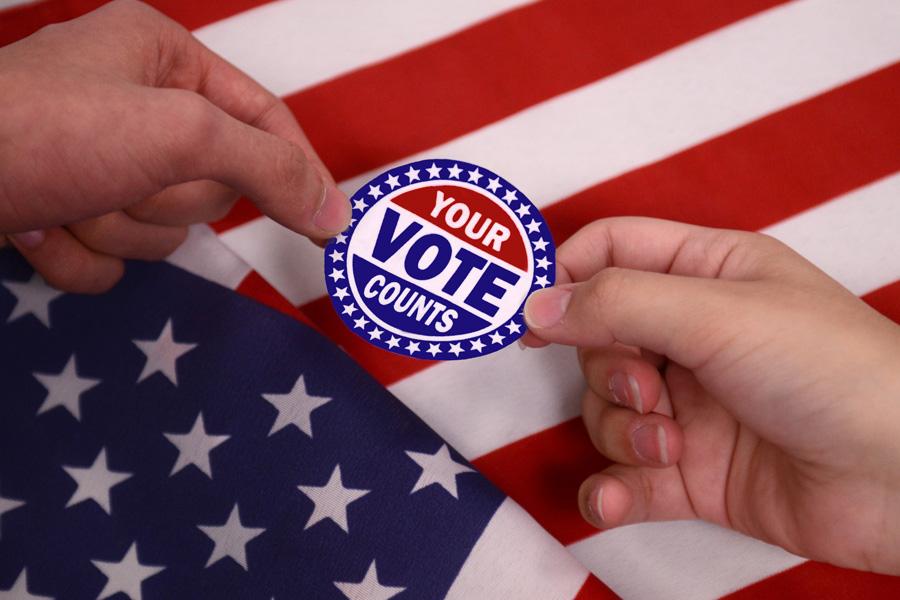 Nov. 8 is the day when Americans are given the opportunity to make a choice regarding their representatives. It is the day that will determine the next leader of the free world. Candidates participate in debates and rallies prior to each election. These events allow prospective voters to examine the different policies and to make their own informed decisions rather than being swayed by the opinions of the people around them.

The Democratic and Republican parties both dominate the political field to similar extents, even though their philosophies and ideals often clash. Many students will get to vote in this years election and it is imperative that they are fully aware of their options.

“I watch the debates, but not very often,” senior Mashal Ali said. “I know a little about politics, but I rarely have time to inform myself because I always have so much homework.”

According to RepublicanViews.org, the Republican party tends to favor less governmental interference and across-the-board tax cuts for people of all income levels and corporate interests. They stand by individual responsibility, rights and justice and favor social policies at the state level. Republicans are typically classified as socially and fiscally conservative.

“Society today makes us think that we have to pick one political party,” Ali said. “I feel like we should be able to be little bit of both parties without being labeled.”

In contrast, Democrats stand by community responsibility and social justice. They favor social policies at the federal level. Democrats are generally classified as liberals. They typically believe that the government should protect the welfare of the people, regardless of individual interests, according to Academic.regis.edu.

COLLEGE TUITION
In a tweet posted on her official Twitter account, democratic presidential candidate Hillary Clinton said she does not want cost to be a barrier when Americans are seeking a college education.

“We need to make quality education affordable and available to everyone willing to work for it without saddling them with decades of debt,” Clinton said. “I want every parent to know that his or her child can get a degree or you can get one yourself.”

Clinton estimates that by 2021 families with income up to $125,000 will pay no tuition at four-year public colleges and universities.

“Schools will have to control their costs and show more accountability to their students,” Clinton said. “The federal government will have to increase its investment in education and not profit any longer off of student loans.”

Under Clinton’s college tuition policy, students from families making $85,000 or less will be allowed to attend a university without paying tuition, and community colleges will offer free tuition.

“I think Clinton’s policy could help us a lot as a nation because many individuals from low income families are unable to collect the funds needed for higher level learning,” senior Alexandra Nuyda said. “Plus, a lot of jobs nowadays require that applicants have some sort of degree, and individuals from low income families who would like to fill these positions and work in our economy are unable.”

IMMIGRATION
In regards to immigration, Clinton wants to push for full and equal citizenship. Clinton also wants the enforcement of immigration laws to be implemented humanely. Detainees who pose a violent threat to public safety and refugees who seek asylum in the U.S. will have a fair chance to explain their story before deportation under Clinton’s immigration policy.

“The people, the undocumented people living in our country, I do not want to see them deported,” Clinton said. “I want to see them on a path to citizenship. That is exactly what I will do.”

“I think people should be able immigrate into the country, but I believe that they should go through the proper process,” Ali said. “If they have proper documentation and officially become citizens, there should be no problem. They should be allowed to stay.”

GUN CONTROL
Clinton believes that America needs more detailed and intensive background checks to keep guns out of the hands of domestic abusers, violent criminals and the mentally ill.

“I believe weapons of war have no place on our streets,” Clinton said. “We may have our disagreements on gun safety regulations, but we should all be able to agree on a few things. If the FBI is watching you for suspected terrorist links, you shouldn’t be able to just go buy a gun with no questions asked. You shouldn’t be able to exploit loopholes and evade criminal background checks by buying online or at a gun show. And yes, if you’re too dangerous to get on a plane, you are too dangerous to buy a gun in America.”

Clinton also wants to take on the gun lobby by removing the gun industry’s sweeping legal protection for illegal and irresponsible actions, which will revoke licenses from dealers who break the law.

“We can’t let the gun lobby just stand there indifferent to the pain and the anguish being caused by gun violence, no matter who is holding the gun,” Clinton said. “We need to come together to stop the epidemic of gun violence that is stalking our country.”

Clinton also claims that she will work to keep military grade weapons out of civilians’ hands.

“In contrast with Trump’s views, I think gun control could be really beneficial, especially because of all the gun violence that has been surfacing in the media,” Nuyda said. “Stricter regulations and more background checks should be implemented. In addition, people on the No-Fly List at airports should not be able to purchase a gun.”

COLLEGE TUITION
Republican presidential candidate Donald Trump expressed his opinion on making college more affordable in an interview with “The Hill” in July.

“[College tuition] is probably one of the only things the government shouldn’t make money off,” Trump said. “I think it’s terrible that one of the only profit centers we have is student loans.”

Trump plans to encourage universities to lower tuition costs, but offered very few details about how exactly he is going to do so, according to “The Washington Post.”

“Not everyone has access to a good education,” sophomore Andrea Sosa said. “Free college gives people better opportunities for a proper education.”

IMMIGRATION
According to Trump’s campaign site, he hopes his immigration plan will effectively secure the well-being of the American people. One of his plans includes building a southern border wall to stop illegal immigration, that would be funded by Mexico.

“It is an easy decision for Mexico: make a one time payment of five to ten billion dollars to insure that 24 billion continues to flow into their country,” Trump said.

“I don’t think the wall Trump proposes will be very effective,” Nuyda said. “Our nation was founded by immigrants for immigrants. They are hard workers who come for greater opportunities than the ones in their home countries. I think shutting them out is careless and cruel.”

In his nomination acceptance speech at the Republican National Convention, Trump also expressed his intention to stop “catch-and-release,” which is the process of detaining an illegal immigrant and then promptly deporting them.

“By ending catch-and-release on the border, we will stop the cycle of human smuggling and violence,” Trump said. “Illegal border crossings will go down. Peace will be restored.”

He plans to end sanctuary cities, which are cities in the U.S. that shelter illegal immigrants, and eliminate President Barack Obama’s executive amnesty plan. This plan states that illegal immigrants who have resided in the United States for at least five years or have children that are U.S. citizens can obtain a 3-year work permit. This can also help them get a social security number and driver’s license.

“[Executive amnesty] wiped away the immigration rules written by Congress, giving work permits and entitlement benefits to people illegally in the country,” Trump said. “Obama and Clinton should stop meeting with special interests and start meeting with the victims of illegal immigration.”

In a speech delivered in Arizona, Trump spoke of plans to triple the number of Immigration and Customs Enforcement agents in hopes of keeping immigration levels within historical norms in his immigration.

“The time has come for a new immigration commission to develop a new set of reforms to our legal immigration system,” Trump said. “[These include establishing] new immigration controls to boost wages and to ensure that open jobs are offered to American workers first.”

GUN CONTROL
The right to bear arms has been at the forefront of political debates. Trump’s view of this issue was voiced in his nomination acceptance speech that was delivered at the Republican National Convention.

“My opponent wants to essentially abolish the Second Amendment,” Trump said. “I, on the other hand, received the early and strong endorsement of the National Rifle Association and will protect the right of all Americans to keep their families safe.”

Trump plans to expand and bring back programs like Project Exile, which was a crime reduction strategy in Richmond, Virginia implemented to deter former and would-be offenders from carrying and using firearms.

“Guns don’t kill people, people kill people,” sophomore Nathaniel Lee said. “Yes, there are holes in the background checks but they cannot just take our guns away. It is a national right.”