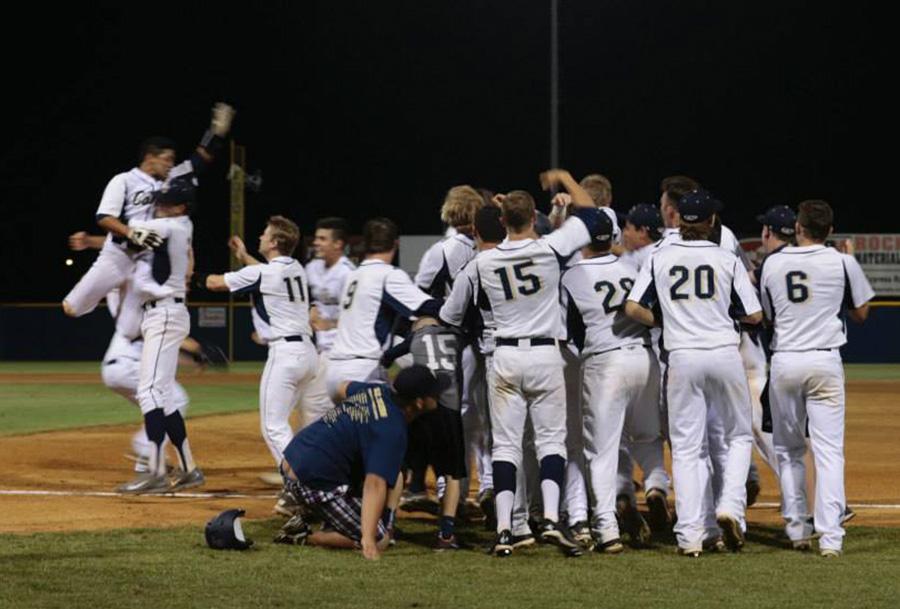 The teams combined for 20 hits, including eight extra base hits.

The game was back-and-forth heading into the seventh, with six lead changes.

Even though Chris Suarez allowed five runs over six innings he still recorded the victory. He struck out four, walked three and surrendered eight hits.

The Klein Collins Tigers Varsity were sparked by Jake Jarvis and Jason Helms, who teamed up for three hits and five RBIs.

Dustin ended up on the wrong side of the pitching decision, charged with the loss. He lasted just five innings, walked three, struck out five, and allowed five runs.

In the top of the first, the Klein Collins Tigers Varsity grabbed the early lead, 2-0. A two-run blast by Jake, plating Jason started the inning off.

It didn’t take long for Austin Bowie to respond as it scored two runs of its own in the first. Austin Bowie scored on an RBI single by Jake Moore and an RBI double by Austin Eschenburg.

“Powered by Narrative Science and GameChanger Media. Copyright 2014. All rights reserved.” Any reuse or republication of this story must include the preceding attribution.