Nate Edmonds – Athlete of the week 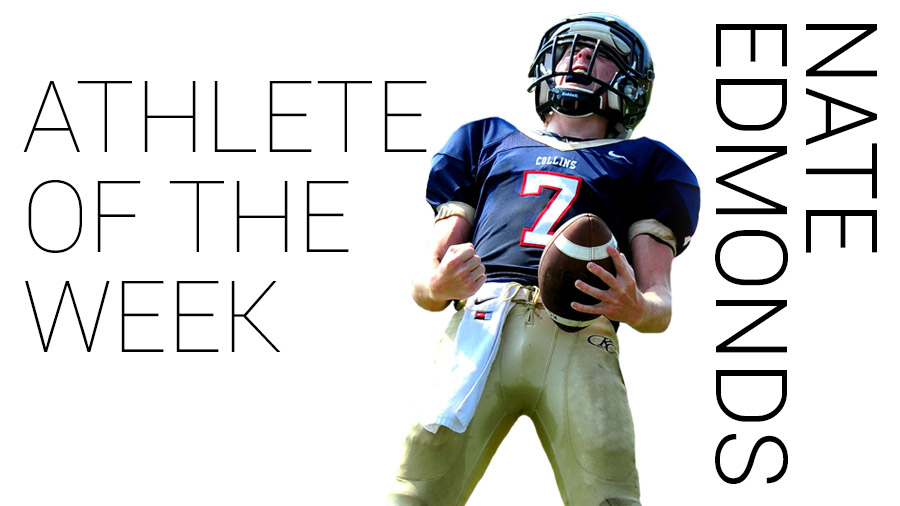 This week’s athlete of the week is next year’s varsity quarterback; sophomore Nate Edmonds. He and the coaches both have been working hard to prepare for next years football season. The coaches have had a few other choices for next year’s quarterback, but they ended up having their main focus centered on Edmonds.

“I was surprised when the coaches picked me to be next year’s varsity quarterback, because there were other talented people up for the spot and I wound up getting it.” Edmonds said.

Edmonds has a lot of challenges ahead of him but says that he believes that he will do fine because the coaches been a huge help.

“I am not nervous and I don’t feel any pressure because the coaches prepared me and I am confident going into next years season,” Edmonds said.

Everyone is defiantly waiting with anticipation to see how our tigers will perform out there on the field, but they are expecting a great season with a new quarterback.