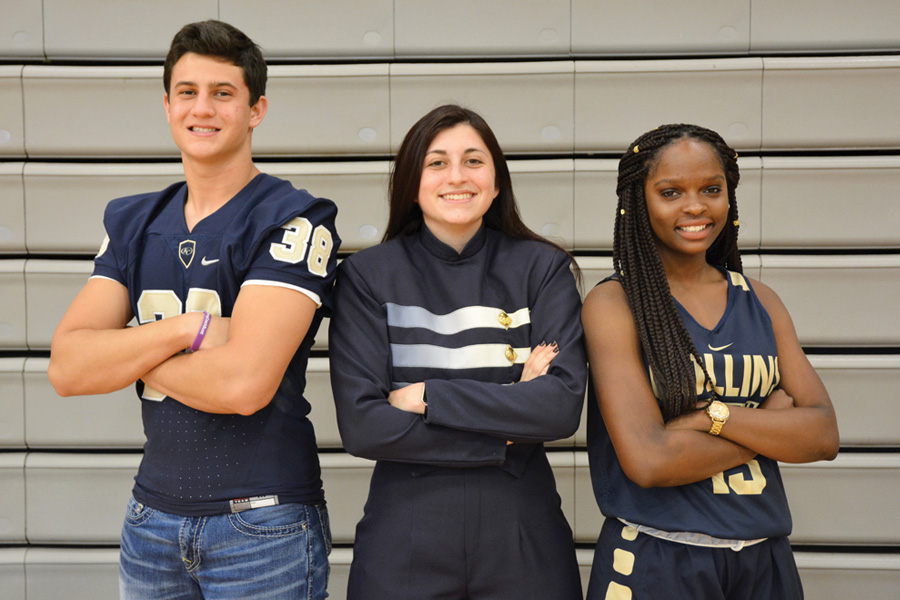 From freshman to senior year, many athletes dedicated four years to their sport. They persevered through long nights and practices, and now it is coming to an end. At the close of the season, seniors return their uniforms and never practice or play together again.
The last game is considered bittersweet to many because for the past four years, the school has been an athlete’s home where they live, breathe, fight and show off their Tiger pride.
“I was sad that we lost,” varsity basketball player senior Jabria Ard said. “I really wanted to make it to the third round of playoffs for basketball. It’s really saddening to know this was the last time I’d play for this team and coaches.”
Seniors know they have the responsibility to step up in front of the team and be leaders. They need to be an example for the underclassmen that will replace their positions next year.
“Sometimes I goofed around, but now that I’m a senior, I had to be smart about what I did,” varsity football player senior David Patel said. “I had to know the plays, and every time I got out on the field or watched film, I had to pay attention.”
Athletes work all fours years to try and reach their goals of becoming state champions. It makes leaving significantly more difficult when that goal is not achieved, according to Ard.
“I am proud of my teammates,” Ard said. “I’ve shown them that working hard really pays off. I’ve always tried to keep basketball fun and not make it overly serious.”
The beginning of the season is the start of many lasts for seniors, including the last first game and the last time putting on the uniform. The first game is filled with excitement, according to drum major senior Heaven Trowbridge.
“I was so excited, [just like] everyone was,” Trowbridge said. “We couldn’t wait to see how the season would turn out. I am happy with how my senior year has gone.”
When the last season ends, the player’s normal routine changes, possibly forever, if they are not continuing in college.
“After football season, you don’t really talk to your teammates as much as you used too,” Patel said. “It kinda changes. I’ll miss most of the players I played with and the atmosphere of playing after school every day [as well as] talking about football and how we loved it.”