Don't get me wrong, it's still not good. 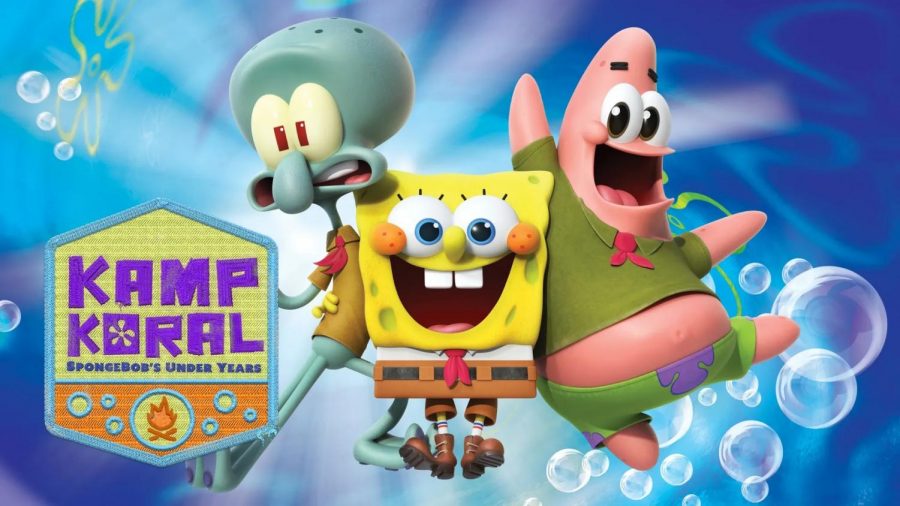 “Kamp Koral: SpongeBob’s Under Years” was released on Paramount+ March 4. It is a spinoff series to SpongeBob SquarePants and features the main characters from the original show just much younger. The series was announced June of 2019 and was originally supposed to release last summer, but was delayed. As of now, there are a total of six episodes, but an additional 13 will be released.

This spinoff is very controversial among SpongeBob fans, especially concerning whether or not Stephen Hillenburg, the original creator of “SpongeBob SquarePants” who died in 2018, would have approved. Regardless, the show is certainly subpar but also not that bad.

The “comedy” in Kamp Koral isn’t funny. Its slapstick humor is so overplayed that I’m not even sure children would find it funny. The best parts of the episodes are when they make a reference to the original show, reminding everyone how they wish they were watching “SpongeBob SquarePants”.

Kamp Koral uses 3D CGI animation instead of the classic 2D animation used in “SpongeBob SquarePants”. The shadows are extremely harsh, the color palette is ugly, and the backgrounds are boring and lifeless. The animation makes it unclear if it even takes place underwater. The character design is alright other than Patrick, who just looks like pink mush in the shape of a star.

To be fair, Kamp Koral isn’t a bad show. It has a satisfactory plot, mediocre animation, an attempt at comedy, and acceptable characters. A lot of the same people who work on “SpongeBob SquarePants” work on “Kamp Koral”, so at least it has that going for it. For young children, this is acceptable.

At this point, SpongeBob has already been capitalized on so much. Nickelodeon has been milking it for over 20 years at this point. After the first three seasons and Stephen Hillenburg left, the show wasn’t the same and hasn’t had the same charm since. This new show is clearly only made to leech the last bit of creativity SpongeBob has left.

As a whole, the show is mediocre. Not good, but not offensive either. It evokes almost no emotion at all, which is possibly worse than at least giving the satisfaction of being terrible.