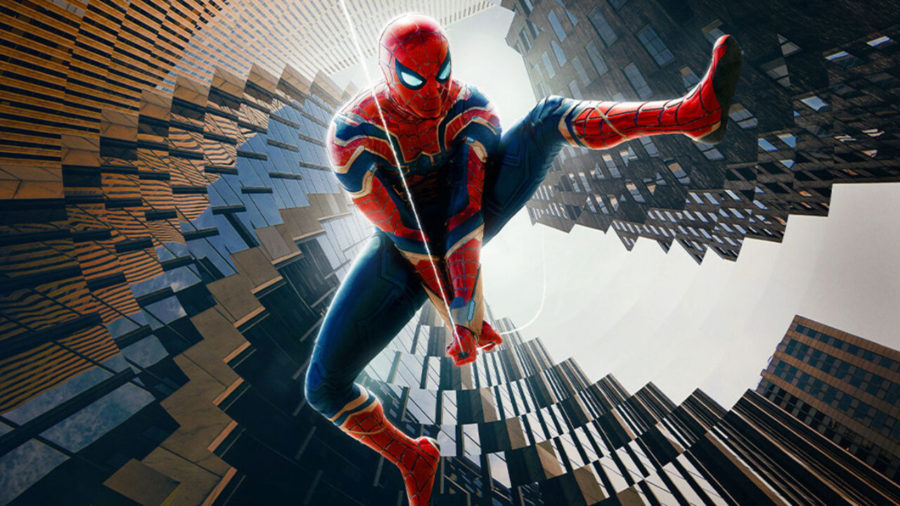 Spider-Man swings through the multiverse

Spider-Man is Marvel’s Jewel in the Crown, with over millions of comics sold since the 60s. He is an idol for so many people around the world with his ability to keep going when times get hard. Even when he’s down on his luck, Peter Parker never lets himself stay down for too long. He always has the will to get back up and keep fighting. Peter Parker lost his parents at a very young age, forcing Peter to live with his Aunt May and Uncle Ben. They had raised him as if he was their own son, and even though they didn’t have much money they gave him a good home.

He always has the will to get back up and keep fighting. Peter Parker was a shy and troubled orphan boy. Losing his parents at a very young age, Peter was forced to live with his Aunt May and Uncle Ben. They had raised him as if he was their own son, and even though they didn’t have much money they gave him a good home.

In his high school years, Peter was often bullied for being a nerd and never having the power to stand up for himself, making him cold and selfish. Peter was not the responsible hero the world knows him as today. He was a troubled kid, but the radioactive spider changed his life forever. Peter didn’t feel the need to help people.

He would use his newfound powers for selfish reasons, from getting back at a bully to not stopping the criminal that eventually led to his uncle’s death. Finding out that he could have prevented this tragedy he learned that he has to take responsibility for his new powers and use them for good rather than his own selfish desires.

Over the years, there have been many different incarnations of the wall crawler, some of the most influential being Tobey Maguire and Andrew Garfield’s films. The original Spider-Man trilogy was essentially the godfather for many more comic book movies to come. A lot of people have issues with movie studios recasting their favorite characters, including Spider-Man.

In my personal opinion, I think that the change is inevitable and necessary and is the best way to tell new stories, but still introducing the same characters to newer generations of fans. With every new actor that fills the role of Spider-Man, we see different sides of the character that really fleshes out who he is and allows Spider-Man to be a household name. Everyone knows his story and what kind of person he is.

Spider-Man No Way Home marks the character’s 8th appearance on the big screen within 20 years. It’s anticipated to be the one of the biggest movies of all time breaking many records at the box office. Tom Holland’s third film in his Spider-Man series throws Peter Parker into the multiverse with different villains from past franchises respring their same roles to battle the web-slinger.

The stakes are higher than ever with trailers hinting towards Peter having to make the difficult decision of going against Doctor Strange to spare the villains from their original fates of dying during their fights with Spider-Man. In the past movies each villain was defeated by Spider-Man and is now getting their chance for revenge in this new movie. With old actors reprising their roles to fight Peter Parker it’s safe to assume the old Spider-Men will come join the fight.

Peter Parker must figure out what it means to be Spider-Man, so he can save everyone he loves. He has to keep going even when times get hard because that’s what it takes to do what he does. Being Spider-Man is more than a fancy suit and cool powers, but requires sacrifice and the ability to keep fighting. Peter Parker is the greatest superhero of all time, he reminds the world that with great power there must also come great responsibility.